38 Divorce Attorneys found near you! 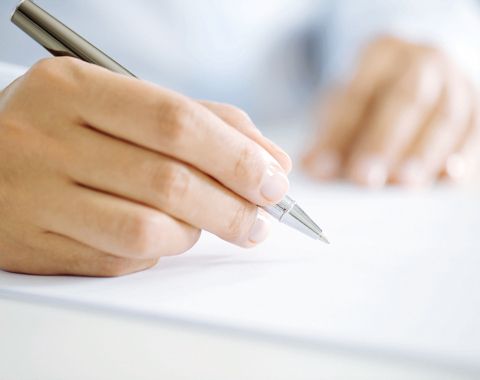 Filing for divorce often comes with a great deal of both emotional and financial stress. Hiring a knowledgeable, caring divorce attorney who can handle all legal matters and divorce papers can help mitigate some of these stresses and the financial fallout of dividing a household's assets and dealing with custody disputes. The total cost of a divorce varies by state and depends on every couple's unique situation, but it ranges from a few hundred dollars for couples who handle the paperwork themselves to tens of thousands of dollars for couples whose divorce cases go to trial.

An amicable divorce, often called a collaborative divorce, in which both people agree on terms will cost far less than a contentious divorce that eventually leads to trial. In some cases, legal fees are the most significant cost in a divorce. Regardless of the terms, a divorce is a civil matter that requires the adjudication of a local court and will incur at least some legal fees. The national average cost of a divorce is about $15,000 per person, including attorney's fees, court costs, and the cost of hiring outside experts such as a real estate appraiser, tax advisor, or child custody evaluator. The cost seems more reasonable when you consider how long the process takes. Usually, finalizing a divorce takes from four months to 11 months; if a trial is necessary, it can take even longer than a year.

In general, attorneys charge a minimum of $1,000, on average, for an uncontested divorce, in which both parties agree that the divorce is necessary and have no disputes about how to divide the assets from the marriage, assign custody of children and so on. It's possible to file for an uncontested divorce without help from a divorce attorney, but if there are significant assets to divide and child custody, child support or alimony to work out, both parties usually benefit from hiring an attorney. Note that each party typically hires his or her own lawyer, especially in contested divorces. For help understanding what's involved, see How to File for Divorce in 8 Easy Steps.

A contested divorce, in which the parties do not agree on all the terms upfront, costs more — anywhere from about $2,500 to several thousand dollars, on average, or more. The costs are high because it takes the attorney or law firm more time to help clients make legal decisions, take care of document filings and represent them in court, if it comes to that. In most states, family law judges assigned to contested divorce cases require that couples do everything possible to reach a settlement agreement to avoid a trial, which is costly for the divorcing couple as well as the city and state in which the divorce takes place.

Although there are no average divorces, this cost guide includes the main factors that affect attorney fees and the average cost of divorce, as outlined below.

In an uncontested divorce, after the state's mandatory waiting period is over (if there is one), the divorce decree is final. This process is much more straightforward than a contested divorce because the couple does not need divorce lawyers or mediators to help them agree on the terms.

For example, Brenna Loyd, a partner with Johnson, Loyd & Schmitz in Fort Worth, Texas, typically charges $1,500-$2,000, on average, for uncontested divorces. This fee, payable in installments, usually covers everything needed to complete the divorce, but Loyd lets clients know if unexpected issues arise that require more of her or an associate's time than is covered by the retainer. Nicholas Gottwald, an attorney at the family law firm Nelson, Taylor and Associates in Salt Lake City, Utah, charges $800 for an uncontested divorce, provided that it's truly uncontested and there are no issues that need to be worked through.

In states with a higher cost of living, such as California or New York, the cost of hiring an attorney to help complete an uncontested divorce will likely be much higher, starting at $3,500-$5,000, on average

A contested divorce is one in which the parties cannot agree on the division of assets, child custody and so on. In some cases, one party does not want the divorce to take place at all, and legal intervention is needed to carry out the divorce. Because of these added complications, Loyd of Johnson, Loyd & Schmitz typically charges $2,500-$3,500, on average, for a contested divorce.

In a contested divorce, couples may have many issues that need to be hashed out in front of a judge — and that gets expensive. On average, couples whose divorce cases go to trial spend close to $20,000, on average, to complete their divorces, with at least $15,000 of that amount going to just attorney's fees. Couples who settle their cases outside of court, however, pay closer to $15,000, bringing their attorney's fees closer to an average of $12,000.

Family law attorneys typically bill around $150-$250 on average per hour, or more, depending on where they are located. Some charge as much as $650 an hour to help people through particularly thorny divorces, such as couples who own their own businesses or have other extensive, complex assets.

Most lawyers charge a flat fee or require a retainer for helping with a divorce, but it's helpful to know the attorney's hourly rate to better understand what charges will be if the bill ultimately exceeds the initial retainer. A retainer should (but may not always) cover most of the filing fees, court fees and the attorney's time to meet in person, correspond by phone or email, and appear at any necessary court hearings or other in-person proceedings.

In some divorce cases, the attorneys handle every issue, which is called full representation. A less expensive option is called limited scope or partial representation, in which the attorneys manage only some aspects of the divorce, such as handling alimony or child custody issues but not the division of property. Some couples need less legal support, so they opt for consultation only; the attorney provides advice or helps prepare documents on an as-needed basis, but doesn't represent the client in negotiations or in court.

Divorces typically require filing fees as well, which vary by state, ranging from $70 in Wyoming to $350 in Connecticut. Filing fees are usually included in the lawyer's initial retainer, which covers his or her time to file the paperwork and set up the temporary order hearing. The order hearing in straightforward cases creates a template for the final divorce agreement by laying out the framework for how assets will be divided, a child custody schedule, alimony and child support, if applicable.

Ideally, couples should determine their own child custody schedule; however, that's not always possible. Attorneys generally charge more for a divorce in which they help work out custody details than for one where the couple has no children or whose children are grown, because of the time required to help couples reach an agreement. Typically, the more time the children are living with one parent, the less that parent pays in child support.

In a contested divorce, when a couple cannot agree on the custody schedule even after mediation, the court may require a child custody evaluation, which is done by a trained psychologist who spends a lot of time interviewing each parent, talking to the the kids and observing the kids at home with each parent. If the custody evaluator works for the county, the evaluation will cost $1,000-$2,500, on average. A private evaluator might charge $10,000 or more.

Alimony (spousal support) is another item that needs to be agreed on in a divorce. Couples may agree on a set payment for a determined amount of time to ensure an uncontested divorce. If a couple can't agree and the court becomes involved, need and ability to earn are determined by calculating expenses (health insurance, rent, etc.) less net income. This process can be contentious, involving litigation, and financial verification is crucial. Tax returns, bank statements, debts and expenses are all required if alimony is requested and the other party is contesting the amount. This can be a long, drawn-out process that can increase the couple's overall legal fees.

Mediation is a dispute resolution approach intended to help the parties come to an agreement without going to trial. A professional mediator, attorney-mediator, or former commissioner or judge acts as a third party whose focus is helping both parties settle on an agreement. Some courts offer mediation services at sliding-scale fees or for free to couples who can't afford mediation or when mediation is ordered by the court. For other couples, mediation typically costs an average of $100-$300 per hour.

For example, Loyd with Johnson, Loyd & Schmitz is a qualified mediator in addition to being an attorney. She helps clients work through any divorce terms that they may not agree on at the outset. In her geographic area, mediation usually costs $350-$700 for a half day, which is about half of what an attorney would charge.

Very few couples can file for divorce and split their assets without the help of an attorney. A do-it-yourself, or online, divorce is feasible for couples who:

To begin a divorce case, at least one partner must file a petition for the dissolution of marriage with the clerk of the local county court. Each court charges a filing fee, which varies from county to county; the average divorce cost is $300, but can be closer to $500 in some states, such as California. Some courts charge less if the petition is filed online, and some charge more if you request a certified copy of the petition.

When one party files a divorce petition, they also need to serve the case to their spouse, delivering the petition either in person or by mail. In a DIY divorce, the person who filed the petition usually submits the petition and a summons to the sheriff's department for service by law enforcement personnel or arranges to have a private process server deliver the petition. This service generally costs about $50.

Disclaimer: This information is not intended as legal advice. These are all basic principles, each case is unique, and the legal options and strategies depend on the various unique circumstances. Seek legal advice before acting on information in this document.

How do we know these prices?

Millions of people ask Thumbtack for help with their projects every year. We track the estimates they get from local professionals, then we share those prices with you.

Get a free estimate

Browse profiles, see prices and use filters to find pros who match your project.

Check pro availability and book appointments right in the app.